Taco Bell Cantina has opened on the Las Vegas Strip, and the place has been blowing up since day one. In the “slaying” way, not the Homeland Security way. Don’t make it awkward.

The new restaurant is the fourth Taco Bell Cantina, and the 7,000th Taco Bell. The opening of the restaurant coincided with the company’s launch of a new logo, the first time the logo has been revamped in 25 years. In other words, longer than the entire lifetime of its average customer.

The Las Vegas Taco Bell Cantina is located at Harmon Corner, home to one of the best restaurants in the world, Twin Peaks, as well as Rainforest Cafe. It’s across the street from Cosmopolitan. The location is a little tricky, but that doesn’t seem to be deterring the massive crowds.

Taco Bell Cantina on the Las Vegas Strip features tapas-style plates (exclusive to Cantinas) meant to be shared with your crew. Or, alternatively, your squad.

During our visit, the place was absolutely packed, mostly with millennials. We asked an employee about the crowds, and she said, “It’s been like this since we opened, all day and night, and we never close.”

Translation: Taco Bell Cantina is printing money, and a big part of that relates to the hooch.

A centerpiece to the restaurant is a “Freeze” wall offering up a variety of slushies.

Once you choose your flavor, you choose a liquor to add: tequila, rum, vodka, whiskey or spiced rum.

The Freezes, with liquor, run $9.99 for regular and $14.99 for a Souvenir Twisted Yard. That’s significantly less expensive than other slushie offerings nearby, so the price point, in combination with cheap, familiar food, has quickly made Taco Bell Cantina a go-to spot for satisfying, and fueling, one’s drunchies.

There’s also beer, if that’s more your speed. The beer glasses fill up from the bottom. It’s fun.

Taco Bell Cantina is a big space, including a patio and upper floor which has a DJ booth. Because in Las Vegas, it’s the law.

There’s a patio with ample space to Netflix or chill or whatever the kids are doing now. Smashing. That’s a thing, right? Hey, the news release said “Taco Bell is going all in,” so, the kids are obviously not the only ones smashing.

Taco Bell Cantina may just hit the spot during your Las Vegas Strip adventures, and casino owners would do well to observe the legions of young customer flocking to the establishment. 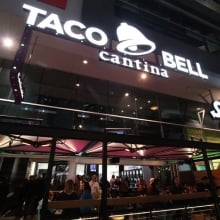 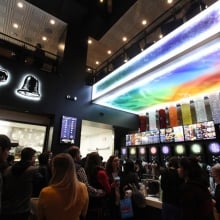 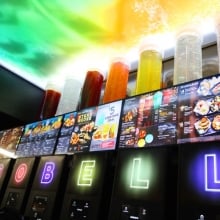 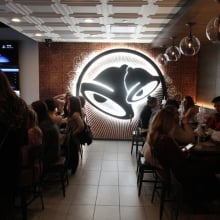 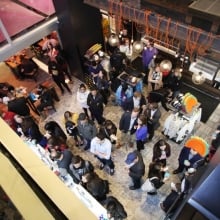 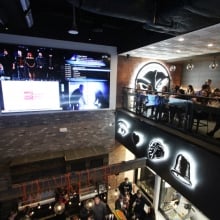 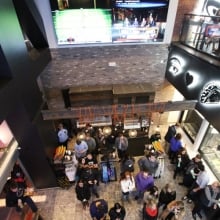 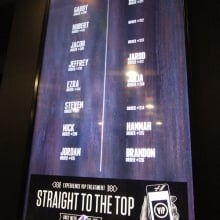 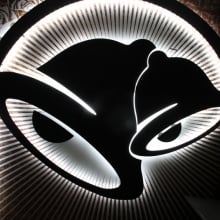 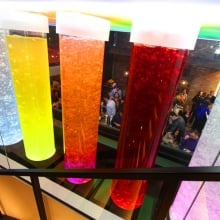 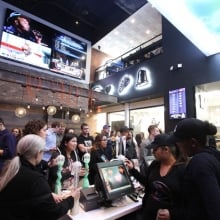 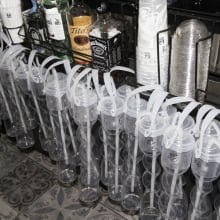 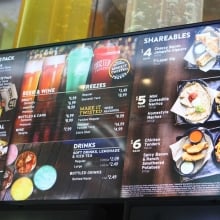 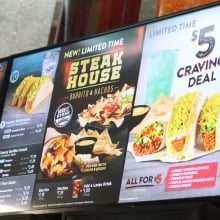 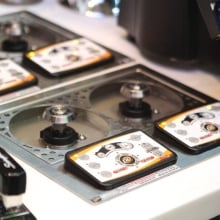 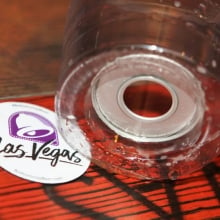 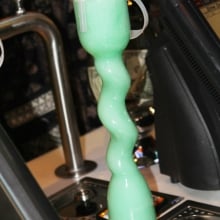 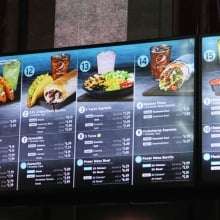 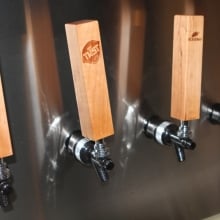 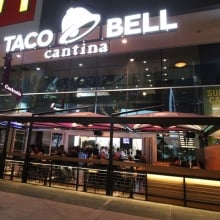