Ah, Las Vegas, you never fail to “What just happened?”

On April 12, 2015, 61 drag queens and kings (women dressed as men, in case that wasn’t obvious) took to a stage at the Hard Rock Cafe to break the world record for “Largest Drag Stage Show.”

Las Vegas headliner Josh Strickland served as master of ceremonies for the event. Strickland was the former star of “Peepshow,” and currently appears in “Vegas! The Show.” Before the record attempt, Strickland spotted someone in the crowd having a birthday and belted out an impressive version of “Happy Birthday,” a reminder of just how talented this guy is.

When it appeared the record attempt would fall a little short of participants, Strickland donned a dress and joined in the fun.

The gathering of Las Vegas drag queens presumably broke the standing record of 55 participants. Participants who arrived in full drag got a complementary mimosa.

It’s murky whether or not the new record will be validated by a record-officiating organization, but the organizers went to great lengths to document the event and ensure the head count was accurate.

The record attempt took place during the Hard Rock Cafe’s monthly drag brunch, which we’ve never personally attended, but trust us, you can never not have a blast in the company of drag queens.

A great time was had by all, and proceeds of the event went to charity, The Center, an organization serving the LGBTQ community of Nevada.

More photos in the gallery below, because that’s how this blog rolls. 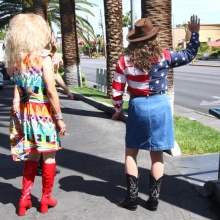 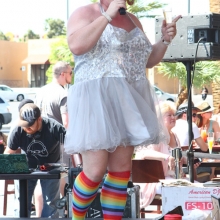 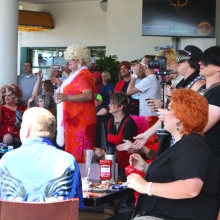 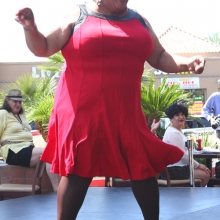 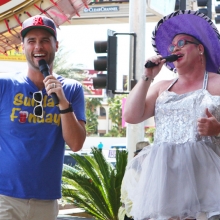 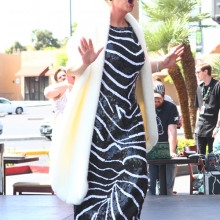 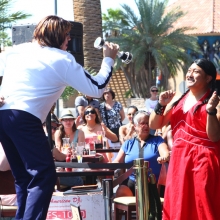 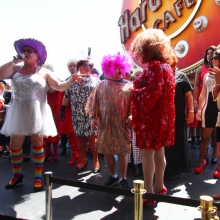 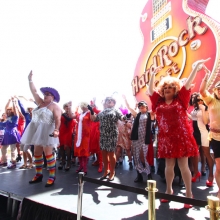 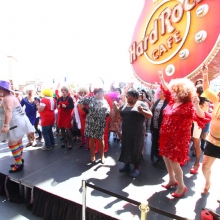 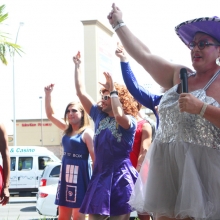 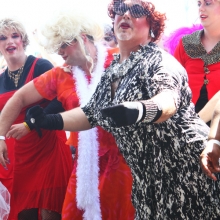 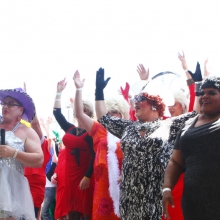 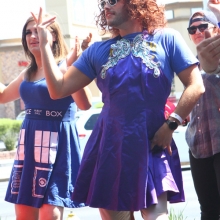 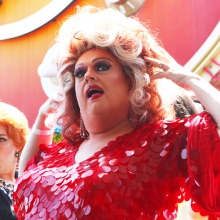 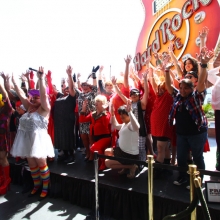 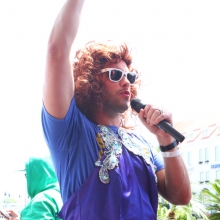 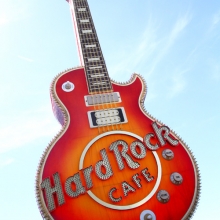