The Plaza in downtown Las Vegas recently unveiled its new rooftop pool complex, including an unexpected feature you won’t find at any other Las Vegas hotel: Pickleball courts.

We’ll get to the pickleball thing in a minute, but first things first.

The Plaza’s new pool area has gotten significant upgrades in a renovation that has spanned several months, beginning in January 2016. The renovation is said to have cost multi-millions of dollars.

Let’s get a better view of what we’re talking about here.

Not the biggest pool in town, but in Las Vegas, pool scenes are rarely about the actual pool.

The new pool complex has lots of amenities, including several casino table games. Outdoor gambling is some of the most fun gambling, mainly due to the proximity of bikinis.

There’s also a fully-stocked cocktail bar. Yes, we confirmed it carries Captain Morgan. In bottles.
Because without that, the rest of the experience would be moot.

The truck was hoisted into the roof by a crane and offers “seaside street food inspired by classic
California cuisine.” The menu includes ahi tuna poke tuna wraps, tacos and lobster rolls.

Fun fact: The food truck is run by Shawn Giordano, who was once the private chef of photographer Annie Leibovitz. He also had a hand in opening Spago in Beverly Hills and, most recently, a downtown favorite, PublicUs. (Pronounced as you would say the name of a gladiator, “pūb-li-cus.”)

Guests can also have food delivered from the hotel’s Pop Up Pizza and Zaba’s Mexican Grill, both solid options.

The Plaza’s pool has a slew of daybeds, lounge chairs, cabanas and shiny new furnishings.

Also new is a 12-person hot tub. The Plaza’s new pool deck has it all.

That’s right. Pickleball. Sixteen courts worth, to be exact.

There’s more space in the Plaza’s 70,000-square-foot pool complex devoted to pickleball than everything else combined. Here’s another look, from above. Pickleball courts are in the large, gray area.

What is pickleball, you ask? You always ask the best questions.

Pickleball, it turns out, is a thing. For starters, it’s touted as being one of the fastest-growing
sports in America.

Pickleball courts are about the size of badminton courts, which is perhaps one of the least useful comparisons of all time. Special paddles are used, and the ball is similar to a wiffle ball.

Put simply, if tennis and ping-pong had a bastard child, it would be pickleball.

Yes, there’s an official pickleball site, and an official organization for all things pickleball, the USA Pickleball Association. The game was created in 1965.

Why pickleball at the Plaza, you ask? Again, you are amazing in the realm of question-asking.

The answer is severalfold.

First, pickleball is apparently and underserved segment of Las Vegas visitors. Plaza claims to be the “only hotel-casino in Las Vegas with dedicated courts for this popular sport.” That’s right, Plaza has cornered the pickleball market!

Jonathan Jossel, CEO of the Plaza, says about 1,000 pickleball players have confirmed they’ll play in tournaments to be held at the Plaza in upcoming months.

Given the average age of pickleball players is 50, the Plaza has cunningly chosen to cater to customers in their prime earning years. (Sort of the opposite strategy of eSports. Ahem.)

While the addition of pickleball to the Plaza’s pool deck was a clever marketing move, it’s likely the decision was also a pragmatic one.

The Plaza opened in 1971, or 45 years ago. Structurally, the pool deck can’t safely accommodate a large, heavy structure (like a restaurant or other offering), so pickleball provides a solution to the Plaza’s (wait for it) pickle.

Speaking of the Plaza’s birthday, the hotel celebrate its 45th anniversary, the opening of its new pool complex and Independence Day weekend with fireworks. We were there, so you could be, too.

Plaza now joins Golden Nugget and Downtown Grand as the hotels with the best pools downtown, and we wish them the best with their latest addition. 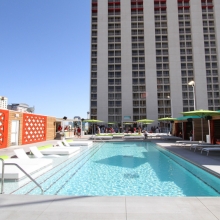 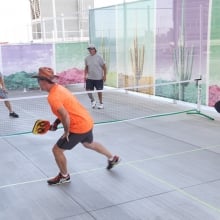 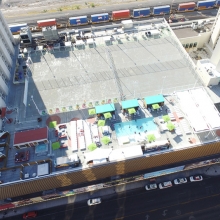 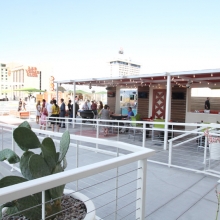 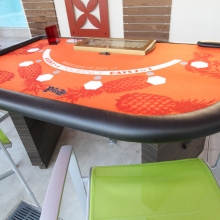 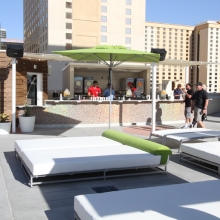 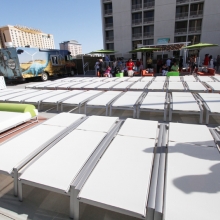 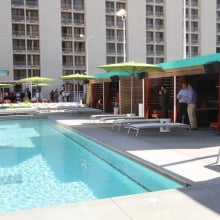 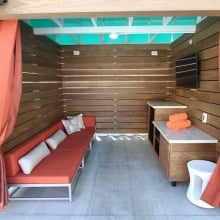 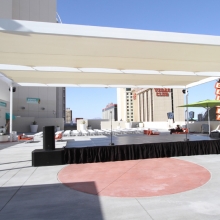 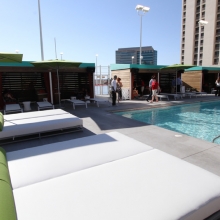 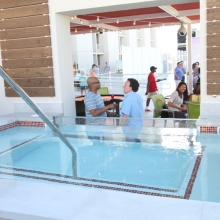 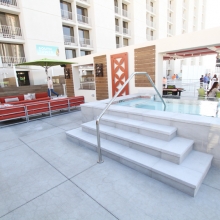 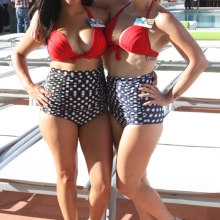 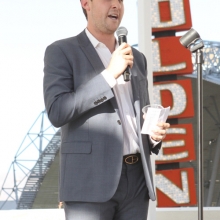 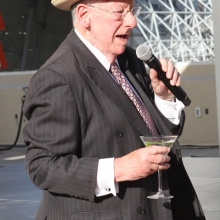 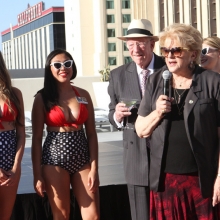 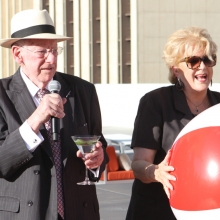 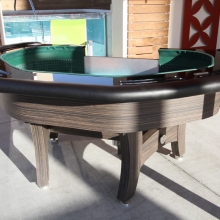 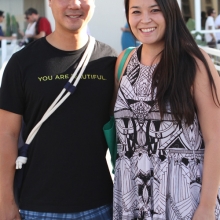 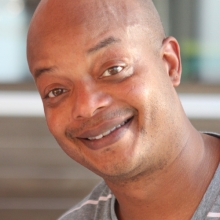 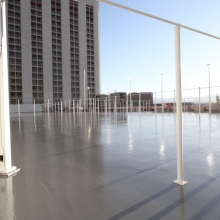 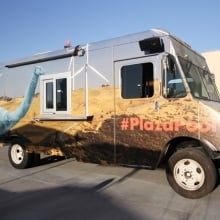 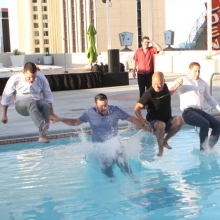 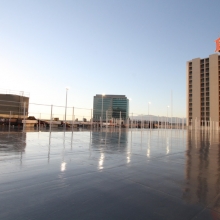 The Beat Coffeehouse to Close on Fremont East, Eureka Restaurant On the Way

Leave your thoughts on “Plaza Makes a Splash With New Pool Complex, Complete with 16 Pickleball Courts”