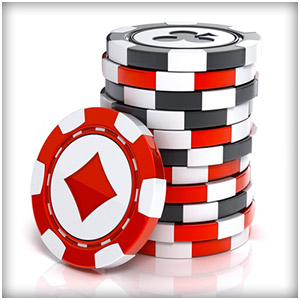 Adding to its casino properties located primarily in the South and Midwest, Pinnacle Entertainment has agreed to purchase Ameristar Casinos for $869 million, according to Pinnacle’s executives.  Included in the major deal would be $1.9 billion in debt that Pinnacle would agree to assume from the also primarily Midwest-based casino conglomerate.

It’s unclear how the just-announced deal will affect Ameristar’s in-progress Mojito Pointe project, a $500 million casino and resort going up next to Pinnacle’s L’Auberge in Lake Charles, Louisiana.

Still awaiting approval by shareholders and regulators, the new deal would up Pinnacle’s casino and resort holdings to 17 in the continental U.S., while more than doubling their holdings.  Las Vegas executives for both companies have already approved the deal.

In addition to the debt assumption and purchase price, the acquisition will pay $26.50 per share for Ameristar Casinos, Inc., a 20 percent premium over the company’s recent closing stock price of $22.07.  An additional $116 million in cash on hand is also included in the total purchase package.

Pinnacle executives expect the new acquisition to save them a minimum of $40 million a year, while boosting the company’s earnings once the deal is finalized.

With existing properties in Louisiana, Indiana, Ohio and imminently Texas, Pinnacle began as the Hollywood Park Turf Club in Inglewood, California in 1938. After purchasing Boomtown, Inc. in 1997, another gaming empire with properties in Reno, Biloxi, New Orleans and Las Vegas, the company re-emerged as Pinnacle Entertainment. Among its new projects is a stake in Vietnam’s first-ever large-scale integrated resort.

Ameristar’s eight casino hotel properties are located in Nevada, Colorado, Louisiana, Mississippi, Missouri, and Iowa.  A publicly traded company since 1993, Ameristar generates $1 billion in net revenues annually.  Mojito Pointe, their 700-room casino/hotel project under construction, had an anticipated opening date of third quarter 2014 prior to the Pinnacle purchase. The new property will include 1,600 slot machines, 60 table games, golf and tennis courts, and a spa. The property was previously purchased from Creative Casinos of Louisiana for $32.5 million after Creative failed to obtain sufficient construction financing.

Casino Parking Garages Continue to Be Settings for Violent Crimes