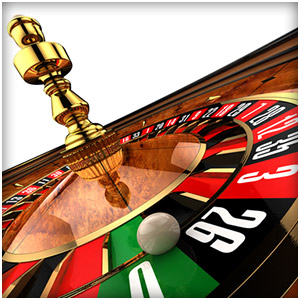 Gaming stocks proved a solid financial investment as the year drew to a close, based on the findings of major industry evaluation company Applied Analysis. The trend decipherer determined that the majority of gaming stock investments showed substantial gains in their average daily prices at year’s end, overcoming uncertainties created by a wavering Congress as it debated issues that affected income tax rates and federal spending cuts. According to Applied, 11 out of 12 gaming companies ended 2012 with considerable average daily stock price gains for December.

At least a portion of those gains were apparently due to pre-emptive actions taken by casino giants Las Vegas Sands Corp. and Wynn Resorts Ltd., both of which issued special investor dividends at year’s end to avoid the potential for escalating tax hikes in 2013.

In a research report shared with clients at year’s end, Applied Analysis principal Brian Gordon said investors were apparently confident that Congress would come together for a compromise regarding the fiscal cliff issues.

Another big winner in the stock market gaming wars was MGM Resorts, which Applied Analysis reported as having a 13.5 percent average daily share price increase for December 2012.  A multi-billion dollar debt refinancing deal, along with the sale of 427 residential units at its Las Vegas-based City Center Veer Towers for $119 million, helped the casino group end the year with a solid balance sheet.

Only slot manufacturer Bally’s Technologies showed a drop in its average daily stock prices, according to Applied’s report.

The highest gains were seen in regional casino operators such as Pinnacle, Ameristar and Penn National Gaming, owners of Las Vegas’ M Resort.  Pinnacle outdid its 2011 average daily share price by 41% over the course of the year, while Penn saw a 33% increase. In all, eight out of the 12 companies followed by Applied Analysis ended the year with higher average daily stock prices than they had for the year prior.  The trend evaluation company takes 300 market variables into account for its monthly and annual Gaming Index, which closed up six points for December.

Eldorado Resorts Stock in Unusual Spot, History Says That Could Be a Good Thing