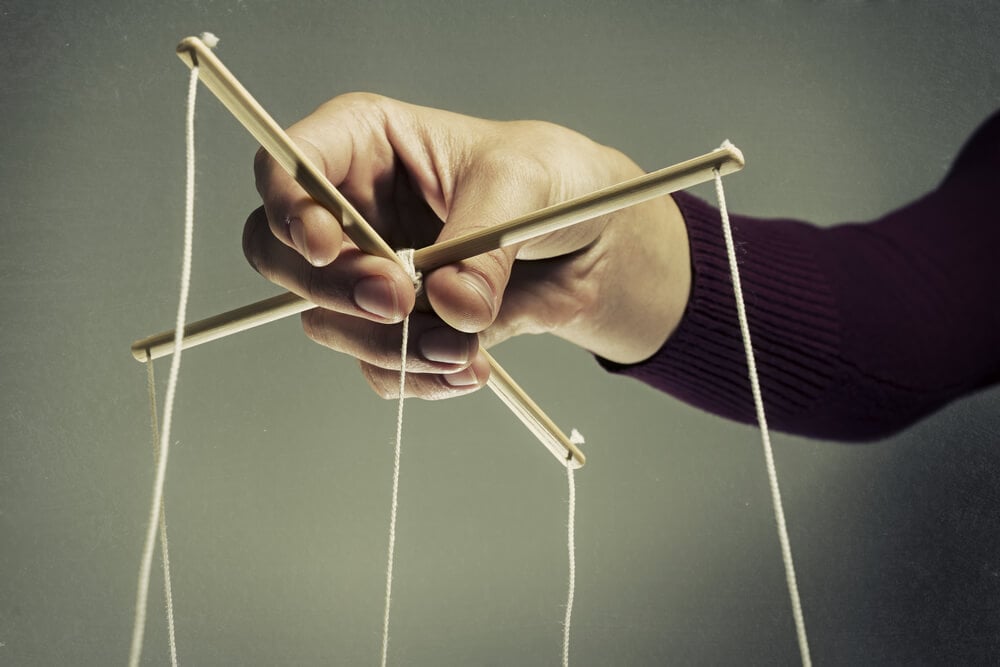 Whenever we hear someone was conned out of a small fortune, we are quick to judge the victim based on the story they tell.

We ask, “How could anyone fall for such an obvious lie?”

Or “I would never believe such a bunch of bullsh*t!”

But there’s a lot more going on in a con game and the story scammers tell is just a framework for long-proven methods of deception or psychological manipulation.

The more you hear a lie and the more people around you who believe it, the easier and sooner you begin to accept that lie for yourself.

Stockholm syndrome where hostages come to empathize with their captors, adopt their way of thinking, and even help them after their ordeal is a well-accepted phenomenon.

Many who seek to understand or explain this phenomenon concentrate on the relationship between hostages and those who took them hostage, but there’s another important factor: Ideological immersion.

When utterly surrounded by an idea, human beings need to fight hard to resist that idea especially when under the influence of social or physical pressure.

Billionaire heiress Patty Hearst (below) famously joined the terrorist group who kidnapped her and before she was caught, went on to help them rob banks under her new name of “Tania” and denounced her family based on newly adopted beliefs.

Relationships are a powerful bond that cement these ideologies in the hearts and minds of people even under the worst of circumstances.

Victims of life-long abuse remain emotionally committed to their abusers and the damage done to one generation can be passed onto the next in a tragic cycle of abusive behavior.

This is getting a little dark but a con game that gets under someone’s skin or a lie to which people become utterly convinced is also a deeply damaging form of mental assault and is often dismissed because the details of that deception – the story upon which this form of abuse was based – often seems ridiculous or unworthy of empathy.

This kind of gradual absorption of an idea requires skill to be applied over time and many factors are at play.

Hollywood likes their con artists to be sexy and attractive but reality isn’t always so kind to a gifted grifter, so they employ many inter-personal hooks to lead their victims up the garden path.

What matters is how carefully and slowly they feed their story to the mark and how artfully they intercept every anticipated resistance to that story.

Do you really think every victim of a con game just said, “Sure, that sounds fantastic! Where’s my checkbook?”

And it’s not just that the con artist can tell the story so well (and they can) it’s that they understand it’s just a matter of time before a human being begins to doubt their initial reaction and leans towards even the most obvious of falsehoods.

Later, I’ll write about how this same principle is at work when gamblers play for long hours and find themselves veering away from working strategies, falling into bizarre rabbit holes in search of luck.

But it’s the slow, careful, patient nature of this assault on our senses that allows us to flirt with ideas we might easily have dismissed if confronted directly.

It’s like the body of a great psychological snake slowly and gently wrapping itself around its next meal until it’s too late to resist that inevitable squeeze.

All around us, advertisers, political interests, and ideologies are dropping grains of sand that build over time and, in many cases, will ultimately consume us.

A con artist actually does this more quickly (on average) but the principle is the same.

And not just outright con artists.

Talented sales people also know how and when to apply pressure once they know exactly what you want.

In my 20s, I wisely invested in an apartment in Edinburgh in an up-and-coming neighborhood where old sandstone tenement flats were being snapped up by a new generation of younger, trendier buyers.

Naturally the place needed a little modernizing, so my wife and I went to several kitchen companies and agreed to meet one representative at our apartment.

He arrived before noon and when he left six hours later, we had not only bought the most fantastic kitchen for miles around but we’d also paid for it with a credit agreement that was possibly designed by the Mafia.

That credit agreement cost a small fortune to us every month and yet the principal loan never went down.

When I reviewed if with a financial advisor two years later, I realized that the amount owed was increasing despite our high payments!

This type of credit plan was later deemed illegal but too late for victims like us or for the snake who sold it to us.

And how did we fall for this?

How did we sign up for such an obviously bad credit deal?

We honestly can’t recall what the hell he talked about for so long but he talked a lot and never flinched when challenged or asked to leave.

Did we ask him to leave?

I think we did. We must have.

We definitely asked for more time to think – possibly dozens of times – but he persisted and evaded and approached from different angles until we began to respond, and he would reward us with offers and advantages and bonuses to the “deal.”

Eventually, like all human beings, we surrendered to his persistence and to our own wants and desires that were – just like in a great con game –  the most powerful weapons against us.

He knew we wanted that kitchen and all he had to do was wait for our resistance to wane.

So for two years, I paid for that damned kitchen but on the bright side, when we sold the apartment for a fantastic profit, it was the kitchen that sealed the deal!

None of us are immune to constant stimuli of any kind and can only hold out so long before committing to ideas or concepts that surround or engulf us.

Maintaining an even perspective on all things is like walking on a high wire where eventually we must fall one way or another.

Those who seek to manipulate us know that no one can remain in the middle on any matter and will continue to nudge us to fall on their side and with enough of these nudges none of us can resist the gravity of our own psychological nature.

That being said, we can and should try to walk our own wire for as long as we can and pay close attention when we are being influenced by one side or the other.