R. Paul Wilson On: How Not To Cheat – The Curse of Perfect Luck 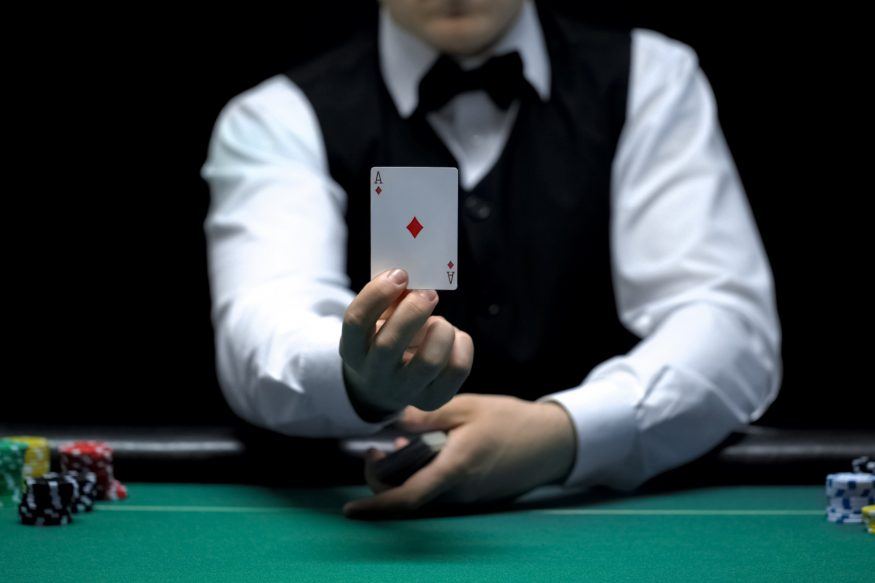 Imagine you could somehow know what every player at the table has, perhaps even what cards are about to be dealt, and use that information to win every session you play.

In an upcoming article, I’m going to describe a devastatingly effective form of marked cards married with modern technology but here I’d like to explore one of the biggest problems encountered by cheaters when they have an unbeatable edge on any game.

The Too Perfect Theory

A few expert magicians have recognised the dangers of presenting miracles that are so impressive and so perfect that there can only be one possible solution.

A few years ago at a small magic convention in London, I saw what happens when a less experienced performer attempted to use a powerful secret without considering the intellectual danger of the method he was using.

After making several perfect statements about a stranger from the audience, another audience-member began to protest, shouting out what she believed was the only way this demonstration of psychic powers could be done.

And she was right.

In fact, every knowledgeable magician in the room was already shrinking into their chair, appalled to see a powerful technique being used in such a clumsy, obvious fashion.

Smart magicians are extremely good at concealing their methods with well-constructed presentations that invite scrutiny and ultimately lead nowhere; whereas many enthusiasts and less thoughtful performers pretty much perform the method or secret without any smoke or mirrors.

Compare that performer to Derren Brown, Max Maven or Luke Jermay and you’ll quickly recognise the difference between a pretender and a master of the craft.

It’s like a comedian telling other people’s jokes without timing or personality; just a string of punchlines that are funny but without the work of a real comedian, they’re just words.

As a magician myself, it’s irritating and disappointing to see great ideas squandered or employed so badly.

It’s similar to how I feel when I see footage of someone cheating without the intelligence needed to not look like they’re cheating from across a crowded room!

I’m not exactly innocent, myself.

When using a special substance to mark cards in a Las Vegas casino for The Takedown TV series, we made the mistake of testing “the paint” in our hotel rooms where the light was much dimmer than on the casino floor.

As a result, we hit the cards way too hard, putting more paint on the decks than we needed, and those marks could be read from 10 feet away!

Luckily for us, the knack required to read that system afforded us enough time to hit the table and get the money but when we were talking to dealers and security afterward, they soon saw what we had done to those cards!

Marking cards was never our main problem since the paint we used should have been invisible; our real concern was not making it obvious we could read the cards.

Varying the way we played to conceal our advantage was the biggest challenge, and we spent most of our rehearsal time working on strategy.

Hiding your advantage is a serious obstacle when employing any cheating system and with marked cards it can soon become painfully obvious that someone is playing with information they shouldn’t have.

An Example Of How A Cheating Poker Player Might Get Caught

Imagine you’re a well-known poker player with an established track record of wins and losses that represent the average, expected outcome for your level of play.

Then, for no fault of your own, you hit upon a lucky streak where, no matter how loose you play or how crazy you call, the cards just keep paying you off.

Pretty soon, people are going to get suspicious and call you out.

Even worse, your remarkable, statistic-busting streak only seems to happen when you play in a certain live-streaming event with RFID-loaded cards that relay everyone’s hand to a commentator’s booth.

That means the cards you’re playing with are marked electronically and even though the system is supposed to work on a 30-minute delay, that data is somewhere for those 30 minutes…

Therefore, thanks to that “lucky streak” you find yourself being accused of tapping into or intercepting that information!

To make matters worse, the poker-playing community starts rewinding all those games where your “luck” was almost 100 per cent positive and notices that you keep looking into your lap before making those amazing “lucky” decisions.

If you were in that situation (thanks to an amazing streak of “luck”) it would look exactly like you were using marked cards— BADLY.

In fact, your only defence might be that you were using them so blatantly that by some twisted logic you simply couldn’t be using marked cards, or you’d have to be a complete idiot!

Don’t Look At The Cards

If you think you’re up against a deck of readers, looking at the cards may not help you.

If you’ve read my primer on marking systems, you’ll know that some marked cards can only be read by experts or with the help of special lenses or cameras.

With RFID cards, any technical weakness in the transmission of data read at the table might be exploited, intercepted and relayed to a modern cell phone before it gets to an intended database.

Whether that information is encrypted or not is less important than when and how it is encrypted – and who has access to the key.

If you suspect foul play, watch suspected players and monitor their success over time.

The truth is that playing readers is hard to do without making it obvious to a trained eye. Over time odd decisions can add up, even if all the other cards are never seen by onlookers.

The very idea of a game where everyone’s cards will later be revealed, where a cheater’s play will be recorded and later watched by thousands would make a smart cheat back off and find easier games to beat.

Try This: An Experiment To Do At Home

Spend an hour dealing yourself into a six-handed game of hold’em but deal all the players cards face-up so you know what everyone has.

Now play each hand you’re dealt with that information and you’ll realise it’s a completely different game to playing on the square.

The information you have, while impossible to beat, is extremely difficult to conceal if your hand is ever revealed.

In essence, this kind of advantage tempts cheaters to play very differently and can soon leave a trail of strange decisions or impossible scenarios.

Just ask anyone who’s been cursed by a streak of exceptional luck in suspicious circumstances.

Expert cheaters know how to play marked cards for an advantage rather than a lock on the game, but when you find yourself playing in “God mode” it might prove all too tempting to hit every hand.