R. Paul Wilson On: The Truth About His Feature Film “Con Men” 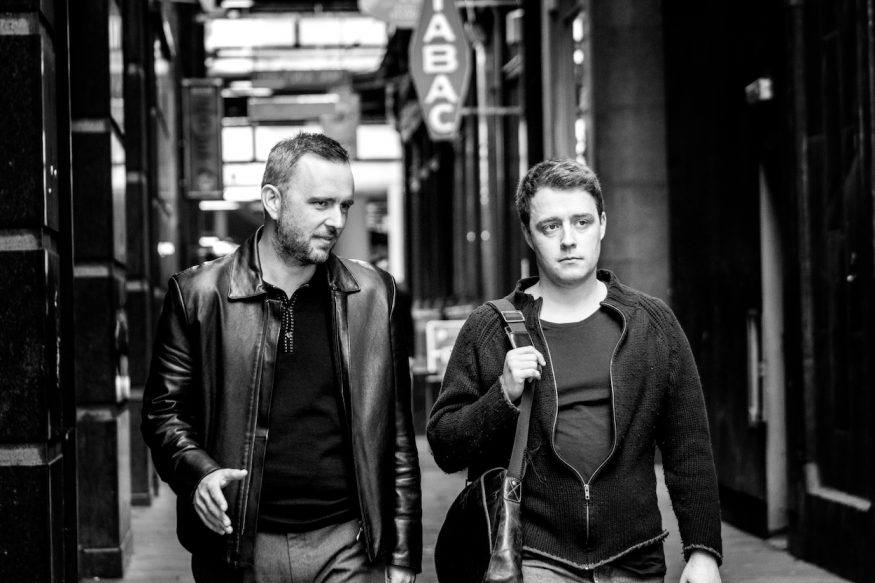 Sometime in 2015, I found myself in Samy’s Camera store in Los Angeles about to buy an expensive camera to add to my collection with a goal to making my first scripted feature film.

As the sale was being processed, it occurred to me right there that the money I was spending on that camera might be enough to make a zero-budget feature with the right people back home in Glasgow – film and TV professionals who wanted to do something different and who might trust me enough to contribute their time to such a crazy idea.

Moments later, I walked out of Samy’s without the camera, called those friends from the parking lot of the camera store and to my surprise, they all said “yes”!

All I had to do was write, schedule, produce and direct a movie for less than $5,000.

The Con Is On

The resulting film Con Men was shot on the same camera I’d used for my previous short films and the documentary Our Magic.

While our original cinematographer had to return to Norway unexpectedly, our camera operator John Young stepped up and helped make the film look incredible despite the limitations of our equipment.

In fact, I’m still amazed everyone didn’t think the whole thing was a scam given my past record on The Real Hustle but somehow we had a small but determined crew working with a gifted cast of unknowns to make a gritty little con movie set in Glasgow.

The screenplay was based on a concept for a limited TV series with several long-form episodes following a group of hustlers as their world crumbles and each of them is forced into situations out of their control.

The opening story of that series featured a con artist, Rob, who studied under a famous old-timer. When the young, unknown grifter Tom comes to tell Rob about the old man’s violent death they team up to take down their mentor’s last score.

But being a con story, nothing is as it seems and we only learn at the end who was hustling who and why.

The film follows the relationship between two generations of con artists who share an old-school mentor which gave me the opportunity to include several of my favourite scams in the story.

My goal as a fledgling filmmaker was not to make the movie about the con games but about the con artists themselves, so my choices were informed by the situations I wanted to include in the script and what we could afford to do on set.

The film opens with a walk-away scam where a mark is convinced to bring a large sum of cash to a late-night diamond deal that ends in disaster, forcing the victim to run for the exit without his money.

It’s where we first see Rob in action and learn how good he is at playing a role for the sucker while over the opening titles we learn that he also spends his time making fake antique furniture in a private workshop beside Rob’s remote country home.

We also see Tom arrive in town before being brought to Rob’s house to tell him the bad news about Joe, their mutual mentor who was killed in London just a few days before.

After verifying Tom’s story, Rob learns that Joe had the details of how to buy seats at an exclusive, secret and illegal high stakes poker game in Glasgow so Rob agrees to teach Tom the ropes so they can take down that game.

Rob employs Tom to help him con a jeweller with a cunning scam I learned from the late Ron Wohl, a magician and crooked gaming expert who revealed the scam to me years before.

Ron lived in New Jersey and had heard of a con game where local businessmen had overpaid for gold chains that they believed to be 24ct but were actually much poorer quality.

What interested Ron was that some of these businessmen were jewellers and had tested the gold themselves before making the deal and in all cases, it was absolutely clear than none of the chains had been switched during the process.

So how can they be complete junk when they tested as the real deal?

The chains were never switched because they were always junk but the deal itself was held in a poorly lit location that helped the chains look the part.

More importantly, it helped the scammers to switch out the suckers’ testing kit for an identical kit that would react to the cheap chains as if they were pure gold!

In the film, Tom acts as an unwitting distraction while Rob does the dirty work; the chains pass muster, the deal is made, and the deed is done.

After a few days on his own stealing purses and camera gear from tourists, Tom is told he has to switch out a deck of cards during the game and after a demonstration by Rob, heads back to his hotel to work on the move until the big day.

Of course, this would be a recipe for disaster if any hustler who’s supposed to make this kind of move only has a few days to practise.

A sleight of hand deck switch takes years to master but there’s method to Rob’s plan – if anyone gets caught, it would be Tom!

Meanwhile, Rob could easily slip away while Tom faces the music.

Naturally, nerves are on edge when Tom enters the abandoned building and finds the illegal card game is being played by a rogue’s gallery of local gangsters, the most dangerous being the loudest and closest to him at the table.

Needless to say, the plan goes wrong and even though Tom succeeds in switching the cards, there’s no doubt in the gangster’s mind he had been cheated for reasons you’ll learn for yourself if you watch the movie.

What I can tell you is that this situation happened for real in a private game outside of Las Vegas where a perfect deck switch was exposed by a completely different scam that the deck switch crew were unaware of.

The result was two teams of cheaters beating the crap out of each other for cheating!

In Con Men this situation plays out quite differently.

I’m not going to reveal the final con but I think it’s a pretty interesting twist on the genre, which leads to another surprise that would feed into the next story in the series, which I still hope to make someday.

The scams in Con Men are all real but used for dramatic purposes and perhaps, if I’m honest, I wish I’d made those scams a little more prominent.

But if you know how to make a 90-minute feature film in 12 days for less than $5,000 while including every element, beat and idea you’d later wish for – I’d love to hear from you!

Con Men is available on Amazon Prime, as is my second scripted feature Isolani (in the US and UK) and you can see trailers and a few of my short films (all with an element of magic or deception) at www.rpaulwilson.com.

Interestingly, I find the lessons learned from a lifetime studying deception to be extremely useful when solving problems as a filmmaker and while my business relationships are built on honesty, the way a con artist and a magician thinks can be a powerful tool on a film set.